In a series of volunteer-run events that took place between December 2021 and January 2022, the Public Parapsychology Community (PPC) provided a virtual space for academics and members of the public to explore the application of consciousness-based practices as change agents to help combat the global climate crisis.

The next day’s Ideathon began forming teams around ideas discussed in the previous day’s workshop. Project Leaders, who had submitted their project ideas previous to the event, were given the opportunity to discuss how their ideas were meaningful and achievable to attract potential volunteers in attendance. The flexibility of Airmeet’s stage and social lounge allowed for multiple modes of interaction between attendees so as to form teams. After a few structured activities designed to assist teams on choosing a name, determine roles, and most importantly the objective, three teams were formed: one team exploring “subtle activism” for climate action, one team focused on psi-based carbon removal and sequestration, and another team working on a mobile app for collectively focusing intent.

After the holiday break, the teams returned for a Collaborative Sprint, which was developed to allow the various types of projects to be discussed, reviewed and advanced. Airmeet was selected again as the videoconference hub, in combination with Miro, a virtual endless whiteboard which allowed real-time collaboration between the teams. PPC organizers mapped the full event in Miro on templates with clear instructions for each activity. These activities were designed to take teams out of their comfort zones and immerse them in engaging debates and discussions to help put thoughts into action. Either by creating a fictional sales pitch, or representing a future stakeholder in another team’s project, each team was supported in thinking about their project’s objective, scope, needs, limitations, stakeholders, risks and tasks. A single-day event didn’t allow the time to critically review and define each of these elements, but every team benefitted from the exchange, leading to a rough roadmap of commitments for the next weeks and months.

During the sprint, the CO2 Removal and Sequestration team analyzed the best ways in which to optimize the sampling process, including inclusion and exclusion criteria and creating a pitch to increase participation and engagement. With help from the ambassadors of other teams, they were able to identify opportunities related to psychometric analyses, the inclusion of established psychic practitioners, the scalability and even collaboration points with other institutes. Finally, they were able to establish a six month outline of activities including a literature review, research design, experimental procedure, and administrative tasks.

Meanwhile, the Collective Intent Tech team started with the general idea of creating a mobile app that allows users to collectively focus intent to address a variety of climate change mitigation possibilities. From there they developed the concept further, identifying key components and defining overall goals. The team’s next step is to refine those further into actual features of the app and create a prototype.

The Subtle Activism team started the day without a clear idea of how their project might take shape. However, owing to the collaborative aspect of the sprint, by the end of the day they had two potential projects lined up – one involving expert practitioners of spiritual practices and the other potentially involving large groups – all working on addressing the climate emergency through meditative practices along with associated research. The group will be meeting again soon to identify and allocate tasks, and secure further collaborators and team members.

Currently all three teams continue their work using a common Slack platform to organize their efforts, working in individual team channels alongside a community of like-minded professionals for advice and support. While PPC no longer has an official role in the progress of these projects, teams have been invited to share their updates in the Psi & Sustainability Group at PPC when they have information available for the public.

Public Parapsychology’s mission is to promote public scholarship by advancing parapsychological pursuits that inform and are informed by the public good; boosting the development and transfer of knowledge and technology; educating the public about what career scientists do; and listening to the public about what research needs to be done. Those wishing to support PPC efforts financially are invited to join the community as a Supporter or Patron and/or to make a donation at https://donorbox.org/support-public-parapsychology. 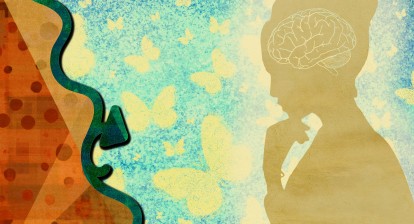 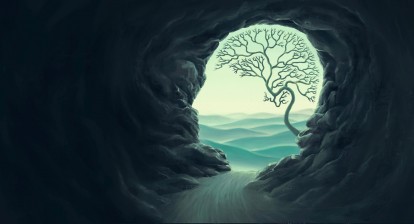